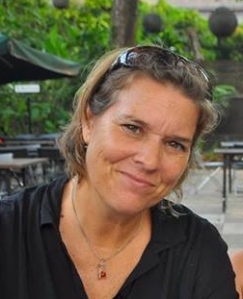 Michelle Elvy lives and works as an editor and manuscript assessor based in the Bay of Islands. She also edits at Blue Five Notebook and has guest edited at Smokelong Quarterly, in addition to being Assistant Editor (International) for Best Small Fictions, published by Queen’s Ferry Press and an associate editor of Flash Fiction International, published by W. W. Norton. In the southern hemisphere winter each year, you’ll find her coordinating New Zealand’s National Flash Fiction Day.

Michelle can be found in 2015 sailing on her 43’ sailboat, Momo, her home for twelve years, in SE Asia. Slowing life to a 5-knot pace, Michelle embraces a less-is-more approach to just about everything. Flash suits.

More at michelleelvy.com (editing) and at SV Momo (sailing). Also an interview — “Editors without Borders” — here. 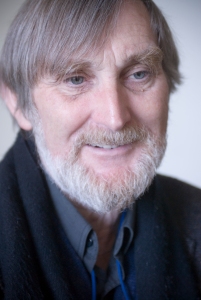 Besides his long list of publications, he also poetry editor for the Christchurch Press.  Many readers will know him from his long-time involvement in Takahē magazine. Meanwhile, he has worked more recently, with Harry Ricketts and Siobhan Harvey as editor of the major anthology Essential New Zealand Poems – Facing the Empty Page (Godwit/Random, 2014). 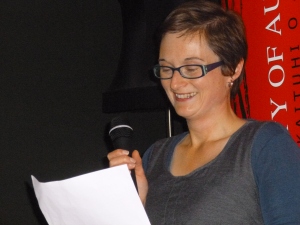 Rebecca Styles (Features Editor) completed a BA (Hons) in English at the University of Otago (2010) and a MA from the International Institute of Modern Letters (Victoria University NZ, 2011), and is presently  a PhD student of Creative Writing with Massey University. Her short stories have appeared in journals such as Turbine and Takahē and in anthologies The Best New Zealand Fiction #6, Home and Creative Juices. Her work has also been broadcast on Radio New Zealand.  In 2013 her flash fiction story “Parade” was awarded second place in the National Flash Fiction competition, and her story “Oriental Bay” was recently published in the anthology Sweet As (2014).

Kathy Fish’s stories have been published or are forthcoming in The Lineup: 25 Provocative Women Writers (Black Lawrence Press, 2015), Slice, Guernica, Indiana Review, Mississippi Review online, Denver Quarterly, New South, Quick Fiction and various other journals and anthologies. She was the guest editor of Dzanc Books’ Best of the Web 2010. She is the author of three collections of short fiction: a chapbook of flash fiction in the chapbook collective, A Peculiar Feeling of Restlessness (Rose Metal Press, 2008), Wild Life (Matter Press, 2011) and Together We Can Bury It, a second printing of which is available now from The Lit Pub. She has recently joined the faculty of the forthcoming Mile-High MFA at Regis University in Denver where she will be teaching flash fiction. Additionally, she serves as Consulting Editor for the Queen’s Ferry Press series, The Best Small Fictions. She blogs at http://kathy-fish.com/.

Tania Hershman is the author of two story collections: My Mother Was An Upright Piano: Fictions (Tangent Books, 2012) and The White Road and Other Stories (Salt, 2008; commended, 2009 Orange Award for New Writers). Tania’s award-winning short stories and poetry have been widely published in print and online and broadcast on BBC Radio 3 and 4. Tania’s  poems won 3rd prize in the 2014 Ruskin Poetry Prize and have been published in Magma, Obsessed with Pipework, Butcher’s Dog, Poems in Which, Poem magazine, Amaryllis and Ink, Sweat & Tears. She is curator of ShortStops (www.shortstops.info), celebrating short story activity across  the UK & Ireland, a Royal Literary Fund fellow at Bristol University and studying for a PhD in Creative Writing at Bath Spa University. Tania is co-author of Writing Short Stories: A Writers’ & Artists’ Companion (Bloomsbury, Dec 2014). www.taniahershman.com

Tim has also edited two poetry anthologies. With Mark Pirie, he co-edited the anthology Voyagers: Science Fiction Poetry from New Zealand (IP, 2009).Voyagers was included in the NZ Listener‘s “100 Best Books of the Year” list in 2009 and won a Sir Julius Vogel Award for Best Collected Work in 2010. His latest book, co-edited with P. S. Cottier, is The Stars Like Sand: Australian Speculative Poetry (IP, 2014).

Tim blogs, less often than he should, at timjonesbooks.blogspot.com, and is an occasional book reviewer for Landfall Review Online and the NZ Herald. He is on Twitter as http://twitter.com/timjonesbooks.

Coming up: award winning writers and editors Kathy Fish and Tania Hershman join us for a special issue of Flash Frontier later in 2015.

James George joined Flash Frontier in this special issue dedicated to Auckland writer Miles Hughes, who passed away in early 2014. James is a novelist and short story writer of Ngapuhi, English and Irish descent. He is author of Wooden Horses, Hummingbird and Ocean Roads. He has been short-listed for the Commonwealth Writers’ Prize, the Montana New Zealand Book Awards and the Tasmania Pacific Fiction Prize, and his work appears in the Best of New Zealand Fiction anthologies and Second Violins (stories inspired by lines from Katherine Mansfield). James has taught and mentored in both AUT and University of Auckland’s Master of Creative Writing programmes. He has also served as chair of the Auckland Branch of the NZ Society of Authors (2012-2014) and as chair of Te Ha, the writers’ committee of Toi Maori Aotearoa (2005-2014). More here.

Christopher Allen is the author of Conversations with S. Teri O’Type (a Satire), an episodic adult cartoon about a man struggling with expectations. His award-winning fiction, non-fiction and book reviews have appeared or are forthcoming in Indiana Review, Quiddity, SmokeLong Quarterly’s Best of the First Ten Years anthology, Prime Number Magazine, PANK, Camroc Press Review, Bootsnall Travel and Chicken Soup for the Soul. A finalist at Glimmer Train in 2011, Allen has been nominated for Best of the Net and the Pushcart Prize twice. Christopher has guest edited for SmokeLong Quarterly and was a co-organizer of Flash Mob 2013 in celebration of International Flash Fiction Day. He lives in Germany.
*
December, no regrets

Owen Marshall has written, or edited, over 25 books. He has held fellowships at the Universities of Canterbury and Otago, and in Menton, France. In 2000 he received the ONZM and in the same year his novel Harlequin Rex won the Montana Book Awards Deutz Medal for Fiction. Marshall is an adjunct professor at the University of Canterbury, which awarded him the honorary degree of Doctor of Letters in 2002. He was awarded the CNZM in 2012 for services to literature, and in 2013 received the Prime Minister’s Award for Literary Achievement in Fiction. Owen Marshall, with Fiona Kidman, will judge the 2015 National Flash Fiction Day competition.